20 days is over, it's time to report our progress.

Robomongo now fully supports MongoDB 3.0 and 3.2 databases, including WiredTiger storage engine. And we continue to support MongoDB 2.4 and 2.6.

Inside Robomongo we now use MongoDB 3.2 shell engine. It means that you now have support for the latest shell commands. 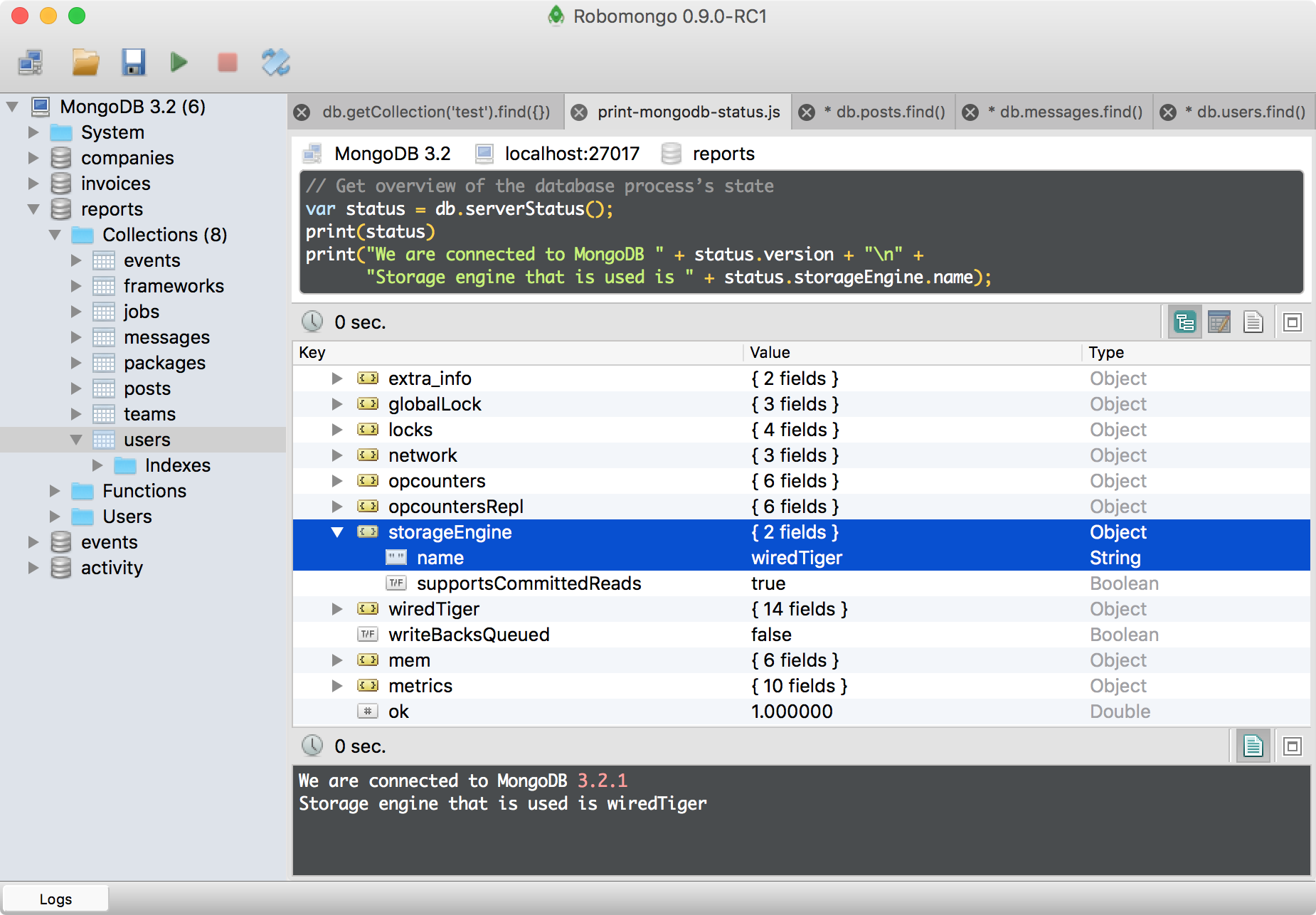 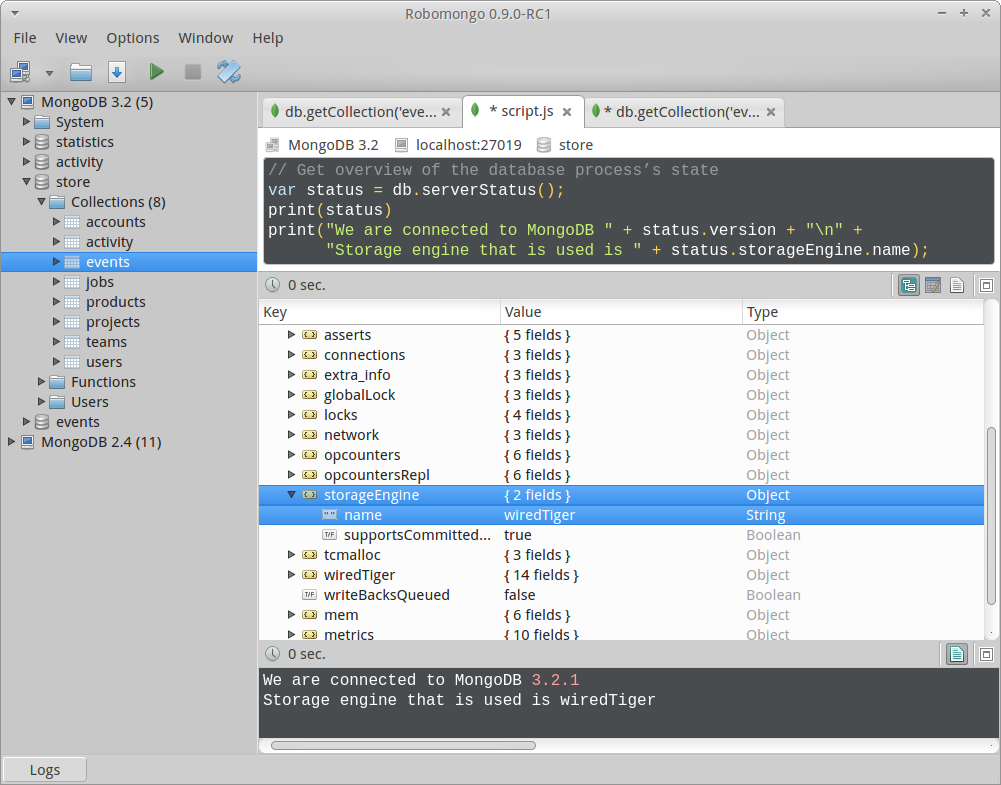 Yesterday we packed Robomongo 0.9.0-RC1 into self-contained archive for Linux. If you are using Linux, download x86_64 version here:

Update: We already released version for Mac OS. You do not need to build it from the sources anymore.

In nearest days we will prepare package for Mac OS X. But it is possible to build Robomongo 0.9.0 for Mac OS X from sources today. It is not simple, but if you already have Scons 2.4, CMake 3.2, Qt 5.5 and Xcode tools installed you can do:

Download and build Robomongo shell (our fork of MongoDB):

But it is better to wait couple of days until we will prepare package for you.

In nearest days we will prepare build for Windows. Currently it is not possible to build Robomongo 0.9.0 for Windows even from sources. We will work on Windows version after Mac OS X version, because it is a bit quicker for us to release version for Mac OS. In any way, all three "big" platforms are equally important for us! Stay tuned :)

This is RC version

Please do not use RC (Release Candidate) version on your production databases. Because of limited time, we are unable to collect enough feedback about this version. We entered testing stage only yesterday, so please give us required amount of time to run our internal tests. Subscribe to our Twitter (@Robomongo) to be notified when 0.9.0 will be finally released.

If you are using SSH or SSL in Robomongo 0.8.5, we recommend to backup your existing ~/.config/robomongo/robomongo.json, because configuration settings for SSH and SSL will be removed.

This is all because of you and your support! We received hundreds of messages from the community and now we see how Robomongo is important for many of us.

After the release of 0.9.0 for all platforms, we will focus on Replica Sets. This is a shame that Robomongo doesn't support it. It will be supported soon!

Today we prepared RC1 for Mac OS X. We did not have a chance to run this package on…

20 days journey to bring a support for MongoDB 3.x has been started

The New Year is very close and everyone makes preparations to celebrate it in the best way. Here at…